Maybe you are having some bad weather and are stuck in the tent. It would be great to have some great camping jokes for your kids ready to go. Whether you get a hardy laugh from the younger ones or a good eye roll from the older kids, both are considered a success as a parent. Camping In A Truck Bed, Everything You Need!

How To Keep A Tent Dry During Rain

Let’s get started! I hope you enjoy all the funny camping jokes for kids and adults below! I’m going to break these jokes up a bit by type. I’m going to have some funny short jokes then some longer form jokes. The short are great for quick laughs but the longer need some set up.

Check out the funny short champing jokes below. These are the great short jokes you can bust out any time. Whether it’s a pun or 1 liner, these will always get a good laugh or an even better eye roll!

Because Humpty Dumpty had a great fall.

Why did the fish blush?

Because it saw the lakes bottom.

Did you hear about the kidnapping in the woods?

The one time I was talking to a llama and asked him if his cousin wanted to come camping. He ran off yelling all excited screaming “Alpaca Tent”. What do you call a bear with no teeth?

Do you know why you can’t run through a campsite, and can only ran?

Because it’s past tents.

Why didn’t the elephant take a suitcase on his camping trip?

He already had a trunk. Which Island off the coast of Africa does Dale Ernhart Jr. like to camp on?

The seaside camping trip was so boring that one day the tide went out and never came back.

If you ever get really cold while camping, get in your tent and go stand in a corner. They are normally about 90 degrees.

Did you hear about the camping trip? It was in tents. (Intense).

The guitar of the noisy teenagers at the next campsite over makes great kindling for your fire.

How do you keep your sleeping bag from getting stretched out?

Don’t sleep in it too long.

After lunch, my spouse asked me to clear the picnic table. I needed a running start, but I made it!

What is a masquito’s favorite sport?

I like to bring magazines on my family camping trip the problem is, it creates so many issues. What did the Atlantic Ocean say to the Pacific Ocean?

Nothing, it just waved.

What do bears call campers in their sleeping bags?

Where do sharks go camping?

Why did the camp counselors wear sunglasses?

Because their campers were so bright.

What did the father say to the son who kept dropping losing his marshmallows into the campfire?

When can kids jump higher than their camping tent? What do trees always remember when camping at the lake?

Did you hear the one about the skunk and it’s camping trip?

What kind of shoes do frogs wear camping during the summer?

Where does a sheep family go camping?

What did the beaver say to the tree at the campsite?

It’s been nice gnawing you.

Where do cows go camping? Where do ants go camping?

What day of the week is best for camping at the beach?

Did you hear about the camper that broke his arm?

Why didn’t the bike go camping?

It was 2 tired.
Have you ever heard of huckleberries? Whether you have or have not, check out some of our content below in relations to our favorite little berry, huckleberries!
How to identify a huckleberry.
Huckleberry Vs Blueberry
What does a huckleberry taste like?

Alright, take a moment and catch your breath. I’m sure you have been laughing hysterically at all these funny camping jokes for kids and adults. Now it’s time for some more fun clean camping jokes that are more long form. Okay, have your breath again? Lets dig in!

A young child goes camping with his father for the first time in the woods.

Once camp is set up the young child asks his dad where the toilet is.

“That’s the beauty of camping son, when you are in the great outdoors, you can go to the bathroom wherever you want!”

After a few minutes the young boy came back and sat by his father at the campfire.

“So, where did you decide was best to use the toilet?” Asked the father.

“In your tent” the boy replied.

A couple of new deer hunters decided to separate to increase their chances to catch a deer.

“Just fire three times in the air, every hour on the hour.” says the other, “I saw it on a survival show.”

Sure enough, one of the hunters became lose in the woods. He fired into the air 3 times on the hour every hour.

The next day the other hunter got help from a forest ranger and eventually found his friend. “Why didnt you do as I said and fire int he air?” asked the hunter.

“I did! I kept firing shots into the air, but I finally ran out of arrows and couldn’t shoot anymore!”

Two hikers making their way through bear country come around a corner to spot their worst fear: a grizzly. Without pausing a fraction of a second, one of the hikers takes off running, prompting the bear to charge.

Forced into action, the second hiker turns and sprints after the first. “What were you thinking?” he shouts. “You’re not supposed to run in a situation like this. You can’t outrun a bear!”

A young camper is swimming in a river. A man walks up and asks him, “What are you doing in there?”

The man asks, “Why don’t you wash your clothes in a washing machine?”

The camper replied, “I tried that, but I got too dizzy.”

A father and son were sitting around a campfire one night, “Dad, are bugs okay to eat?”

“That’s gross son. Try not to talk about things like that while we eat,” the dad says.

They finished eating their supper and the father asks, “Now, son, what is it you wanted to talk to me about?”

Be sure to check out some of our other great content!

How to heat a tent with a candle.

Hike On Rialto Beach To Hole In The Wall

Hike On Grove of The Patriarchs Trail In Mt. Rainier National Park

The video below is actually super funny, it’s 100% worth the watch!

I really hope that these funny camping jokes for kids and adults either got a good laugh or a serious eye roll out of you. Make sure to memorize and take with you so you can bust them out around the campfire with your family or friends.

If you enjoyed these clean camping jokes for kids then make sure to share this on Facebook or your favorite social media site! Also, make sure to check out some of our great content below on Youtube!

Now get out there and share all these funny camping jokes with everyone you know! 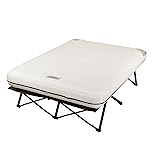 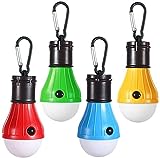 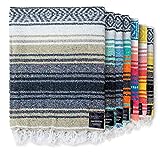