Check out the video below if you don’t really feel like reading. You can see and experience the beautiful Kalispell Island on Priest Lake nestled in the North Idaho wilderness. This is Priest Lake camping at it’s finest!

It was a little windy and the lake was a little choppy. The trip from Kalispell Bay to the campground on Kalispell Island we wanted is about 2.5 miles. Most of the trip was over open water. We don’t do a lot of open water kayaking, so we were a little nervous tackling the long paddle over to the island in choppy water. We were on the water for only about 10 minutes when a large military plane landed on the Priest Lake and was heading straight for us. This sent a little rush of panic as the plane landed pretty close to us. It quickly switched from scary to pretty neat as the plane boated right in front of us to get to the other side of the lake. It was actually a pretty cool experience. Check out the video below. I didn’t capture it landing, but I did capture it boating right in front of us.

I did some research and couldn’t find any ties to military ships and Priest Lake, but there is the Naval submarine testing that happens to the south on Lake Pend Oreille. I’m assuming this was one of their planes, but I’m really not sure. If you know something, leave a comment on the video or below!

Once the plane passed we continued on our way to Kalispell Island. The water seemed to get a little calmer as we approached the island. Our plan is to go around the southern tip and travel up the island to one of the camping spots on the northeast side of the island. We reached the southern tip, as soon as we rounded the island to the to the east side, the wind picked up and the water became very very choppy. We were getting tossed around and our kayaks were taking on water. It was never as scary as tipping over or getting tossed, but we were definitely getting wet and it wasn’t very warm. We realized that the water was calmer on the west side due to the island blocking the westward winds. As soon as we hit the east side, the wind slammed us pretty good.

The trek up the island was really neat, but would have been way more enjoyable in calmer water. We checked out a few different spots to camp but ended up at the northern part of the Rocky Point campground. The weather wasn’t great when we arrived, it wasn’t raining yet but the wind was blowing pretty good. The weather and the fact that we went mid week worked in our favor as we had the island to ourselves. No one else was there, which made it so much better for us.

We set up our tent and laid out some stuff to dry, within an hour the clouds traveled to the north and blue sky ushered itself in from the south. We were lucky to get a couple hours of sun to help warm us up and dry everything out. It turned out to be a beautiful afternoon and evening.

We decided to take advantage of the nice weather and do the trek around the island. I recommend doing this hike or at least part of it to see the inner part of the island. I also suggest that you get off the trail and just explore some of the inner island. We got off the trail and found a beautiful pond/swamp area that had several large downed trees. It was a really unique and beautiful area for us to explore.

We stayed the night in our nice little Kelty Salida 2 person tent, we actually reviewed the tent, click the link to check that out!

The tent did awesome in the wind and kept us dry from some rain showers during the night. We woke up to a little rain, but the rain stopped about an hour after woke up. The clouds never went away, but it did warm up and give us some nice weather.

Exploring the island was amazing. We saw a garter snake, rabbit and lots of squirrels. I didn’t get the rabbit in the video but I did video the snake a bit, he was coiled up and keeping his eye on me. Cool little snake. We saw lots of deer tracks, so there are deer on the island but we never ran into any. Which was kind of surprising considering we explored a lot of the island.

The moon was full as night approached which provided us a dim light. It was never really dark due to the moon being out. The clouds rolled in after we went to bed, so we had the moonlight during the evening. The only problem with the moon being out is the drowned out stars. I love star gazing, but when the moon is full, it’s not the best opportunity to look at stars. If you want good stars, check out the moon phase calendar and plan your trip when the moon is gone or reduced. Moon phase calendar, click here!

We had coffee and some breakfast and set all our stuff out to dry. Once everything dried out we packed the tent and the kayaks and headed out. The water was amazing going back to the car, it was perfectly calm and made for a really fun trip back to the car. We decided to go around the north side of the island on the way back so we could see both sides of the island. Both ways are almost the exact same length to the camping spot we wanted.

The east side of the island is probably the best place to camp. You get a beautiful view of the Selkirk mountain range. You also can see a lot of the lake from this side. The con to the east side is the wind. The wind is significantly worse on this side. The west side has much less wind. If you choose the west side, you do lose the views of the mountains. There are also a lot of homes on the shore, so your view is basically large lake homes. I prefer the mountains and lake and we were willing to take on some extra wind.

I think that’s about everything I wanted to talk about. This is definitely Priest Lake camping done right! Please watch the video to get the full effect, and try to find a way to make your way out to Kalispell Island some day. You have to have a boat or kayak to get there, but it’s worth it if you know someone with a boat to head out there some day. It was a really cool experience!

Check out some of our other great content. We kayaked the Priest Lake thorofare into the upper Priest Lake last year and documented it as well, watch that video below or read what we had to say about it at the link!

Check out our video page as well, so you can check out some of our awesome videos!

We Live A Lot Videos Border Crossing and a Volcano
Buy on Amazon
Bestseller No. 2

The Cat in the Hat Knows a Lot About Camping!
Buy on Amazon
SaleBestseller No. 3 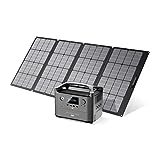