Idaho is my home state and I’m really excited to share some fun Idaho facts for kids. These interesting & fun facts about Idaho for kids will hopefully help teach the youth about this wonderful state. It’s always been my home and I will like live here for the rest of my life and wouldn’t have it any other way!

My kids really wanted to get involved with our website and one of the ways we decided for them to do so was to research areas or points of interest and share facts they learned about them. Today, my kids bring you the fun facts about Idaho for kids that they learned. I hope you enjoy!

Click here to see us huckleberry picking in Idaho! If you are like me, you like to watch videos too. Check out this video below that shows some of Idaho’s amazing beauty. You won’t regret it! You can see more of David’s great work over at the World Travel Guy website below!

Fun Facts About Idaho For Kids: Q & A

I hope you enjoyed the Idaho Facts for kids above. The interesting and fun facts about Idaho for kids are great but I also wanted to go over some of the most popular questions about Idaho State.

Where is Idaho State located?

Check out the photo below that shows where Idaho is in the US. It borders Canada, Washington, Montana, Oregon, Wyoming, Utah and Nevada. It’s located in the northwest part of the United States.

What is the state of Idaho known for?

It’s most famous for potatoes but is also a major producer of Lentils and has one of the largest hops farms in the US.

Idaho has extremely unpredictable weather. It does have all 4 seasons, but I have honestly seen all 4 of them take place in one day before. The northern part has longer more harsh winters. Southern Idaho has much more lenient winters and summer/fall can last longer.

Is Idaho safe from natural disasters?

It’s not completely safe as there is flooding, wildfires and earthquakes. Although, Idaho seems pretty disaster free, it ranks 5th in the nation for the most earthquakes in any given year.

Are there volcanoes in Idaho?

What is the national animal of Idaho?

What is the state insect?

What is the state bird?

How did Idaho get it’s name?

This is actually a really interesting story. An eccentric lobbyist named George M. Willing suggested “Idaho” which he said was a Native American term for “gem of the mountains”. It was later revealed that Willings had made the name up. it was already being commonly referred as Idaho so it was too late to switch.

I hope you enjoyed these interesting and fun Idaho facts for kids. Idaho is a great state. I often hear people refer to Idaho as boring, which is true, unless you are in love with what it has to offer. I’m glad many consider it boring as it remains fairly unpopulated and will likely remain that way. This helps keep the forests and water clean!

Check out some of the adventures we have had in Idaho!

Camping in a fire lookout tower!

I hope you were able to learn something with these fun and interesting facts about Idaho for kids. It’s always fun learning about your home state or sometimes about other neighboring or distant states.

If you don’t already live here maybe you will come and visit someday. Until then, thank you for checking these fun Idaho facts for kids.

If you thought this was helpful, please share on your favorite social media site, it helps us more than you know! You can also check out more about visiting Idaho at the site below!

The Cat in the Hat Knows a Lot About Camping!
Buy on Amazon
SaleBestseller No. 2 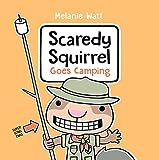 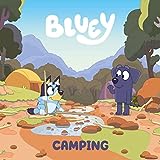