We wanted to bring you some fun Venus Flytrap facts for kids. My son Connor approached me the other day about getting a Venus flytrap. He said a kid in his school has one and he wants us to get one. I told him I thought it was a lot of responsibility and it’s not just a set it and forget it plant. This is just based on what I have heard from friends in the past. We decided to jump online and do some research and decided to share some of the fun facts about the Venus fly trap with all of you!

The Venus Flytrap is really an incredible plant. I had no idea how cool they were before I started doing some extensive research. As it turns out, the rumors are true, the Venus flytrap is carnivorous and actually eats living things. The Venus fly trap is an example of how amazing nature can be

, its truly one of natures craziest creations. Let’s dig into these crazy little plants!

Let’s go over some of the basic quick facts before we jump into the really cool stuff. It’s important to understand a few things about these delicate yet aggressive plants. Alright, let’s get to it. The Venus flytrap is an amazing creation and I”m super excited to bring you some really cool and fun Venus flytrap facts for kids.

♦  It’s commonly confused that the Venus flytrap is a tropical plant. They are not tropical however, the only place they grow naturally in the world are on the shores of South and North Carolina.

♦ They earn the designation as being carnivorous, the first thing we typically think is “meat eater”. The Venus Flytrap doesn’t actually eat any meat at all.

♦ After catching an insect they can completely digest them. They have been known to capture small frogs, but this is very rare and only happens when they are really hungry,

♦ The Trap, or top portion of the plant, is only good for 6 catches. After it completes it’s sixth catch or so, the head turns brown and eventually withers and falls off.

♦ There are 6 trigger hairs on each lobe. This is how the Venus Flytrap senses and captures the insects.

♦ In order for the Venus Fly Trap to respond and capture an insect the trigger hairs must be simulated twice.

♦ The entire process of catching an insect and completely digest it takes about 10 days. At this time, the trap will open back up and prepare for it’s next meal!

♦ No two plans are genetically the same. All seeds that are used to grow Venus flytraps are very different.

How To Grow A Venus Flytrap

You can purchase your very own Venus Flytrap right over Amazon. I thought it was crazy too, but the reviews point to the plants being legitimate and healthy. Click below to check out how you can buy a small Venus Flytrap!

Click Here To See How To Buy A Venus Flytrap

How To Care For Your Venus Flytrap

They need a lot of sun, they need up to 14 hours a day if possible. They must be placed somewhere where they will get as much exposure to sun light as possible.

From approximately Halloween to Valentines day they go dormant. That’s about 5 months of every year

Adding fertilizer to a Venus Flytrap can actually kill them. They need soil that has poor nutrient contents, which is a little strange!

You must either capture rain water or use distilled water. Tap water will kill the Venus Flytrap due to the chemicals.

Avoid using any kind of dome or covering. For some reason, some retailers sell these as part of a package with Venus Flytraps. They actually don’t like to be covered.

Check out the cool video below showing the Venus Flytrap in action!

Thank you so much for checking out all these fun Venus flytrap facts for kids. Connor and I decided that we will go ahead and give a Venus Flytrap a shot. We will do a video and review of the flytrap once we receive it. Be on the lookout for that!

The Cat in the Hat Knows a Lot About Camping!
Buy on Amazon
Bestseller No. 2 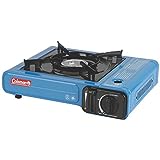 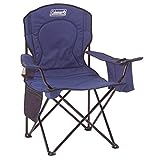